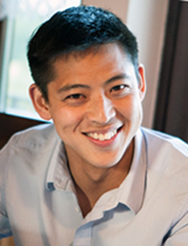 Eric has always been interested in understanding how biological systems function, but in part entered this field and joined the team at UF because he has family members affected by myotonic dystrophy. He is personally motivated to better understand DM and related diseases, and to find treatments. Eric received his PhD from Harvard-MIT Division of Health Sciences and Technology, mentors Christopher Burge and David Housman. There, he trained in computational biology, as well as learned about diseases such as DM, Huntington’s disease, and ALS. Eric has published key work characterizing the use of deep sequencing technologies to study RNA species across the entire transcriptome, and found that over 95% of human multi-exonic genes are alternatively spliced, the majority in a tissue-regulated manner. He later applied these technologies to studying functions of the Muscleblind proteins, which play a key role in DM, uncovering an unanticipated global role for these proteins in regulating the localization of RNAs to specific subcellular compartments. In more recent work, he has shown that the MBNL and CELF proteins, both implicated in DM, antagonize each other’s functions in the nucleus (splicing) and cytoplasm (RNA localization and stability).

In 2013, Eric received an NIH Director’s Early Independence Award, which allowed him to launch his lab at MIT. In 2015, he decided to move his lab to the Center for Neurogenetics, in order to work more closely with like-minded individuals focused on understanding microsatellite repeat diseases. He looks forward to helping to build a cohesive team capable of achieving more by working together rather than independently.

Research in the Wang lab

Our lab is focused on three main areas – 1) studying the pathogenesis of microsatellite repeat diseases, in particular myotonic dystrophy, 2) studying the basics of how RNA is processed and localized in cells in tissues, and 3) combining insights made in both of those areas to develop treatments for people with these diseases. We use a number of traditional molecular and cell biological approaches, as well as cutting edge sequencing and computational approaches. A critical tool for us is deep sequencing, which allows us to obtain millions of data points in a single experiment, at low cost and time investment. This tool has allowed us to gain a comprehensive view of how RNA species are perturbed in DM and other diseases. While we have applied this approach to studying these changes in muscle and heart of DM patients, we are beginning to study the central nervous system, and trying to connect RNA changes to important symptoms such as sleepiness, fatigue, learning & memory, and executive functioning. Our studies of DM pathogenesis and RNA regulation are in part driven by a desire to find treatments for DM and other related diseases. We work with diverse partners in both academia and industry, and are taking a number of approaches to develop therapeutics that will hopefully one day be provided to patients.