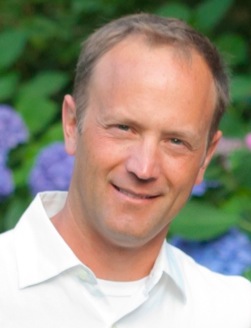 Dr. Berglund began studying biochemistry in 1990 with a focus on the structures that RNA can adopt and their role in biology. His interests expanded to determining the mechanisms through which RNA binding proteins recognize RNA motifs in pre-mRNA splicing. As a graduate student he was the first to show that proteins conserved from yeast to humans specifically recognize a RNA motif that is essential for the recognition and removal of introns in pre-mRNA splicing. In his own laboratory, he and his group began studying the molecular mechanisms of myotonic dystrophy. This lead to his laboratory solving the first crystal structure of CUG repeats. They have solved additional structures of CUG repeats leading to a better understanding of the dynamics of the repeats and insights into the toxicity of the repeats. One of the mechanisms through which the CUG repeats and CCUG repeats for myotonic dystrophy type 2 (DM2) are toxic is the sequestration of the muscleblind-like (MBNL) family of RNA binding proteins. The sequestration of MBNL proteins leads to many changes in splicing, which are implicated in causing the symptoms in DM. His laboratory, along with several other groups in the field, have identified some of the mechanisms through which the MBNL family of proteins regulate splicing providing a better framework for understanding the mis-splicing in myotonic dystrophy. For many years the group has investigated using small molecules to target the toxic CUG and CCUG repeats of DM. These efforts have lead to the identification of molecules that rescue the mis-splicing in DM1 cell and mouse models. Recently the group has shown that targeting the production of the toxic RNA shows promise as a potential approach to identify lead compounds for developing therapeutics.

Research in the Berglund lab

The Berglund lab continues to focus on myotonic dystrophy with the goal of translating basic science into clinical research using a combination of biochemical, cellular and genomic approaches. The lab is beginning to expand their research efforts into other neuromuscular diseases caused by microsatellite expansions to determine similarities and differences in the mechanisms across these diseases. These studies are important to build the necessary foundation of basic understanding that can be used to develop therapeutic strategies for DM, ataxia and ALS. A few of our current projects are briefly described. The characterization of many mis-splicing events from DM1 patients is leading to predictions on which splicing events are the best biomarkers for therapeutic studies. We plan to expand this approach to DM2. We are developing novel synthetic MBNL1 proteins that have altered activities providing insight into how this protein recognizes RNA and regulates splicing. A synthetic MBNL1 with improved activity could potentially be used in a therapeutic approach. We are developing approaches to screen libraries of small molecules and mining the scientific literature to identify compounds that can be used to inhibit the production of toxic RNAs. Lead compounds that show promise inhibiting the production of the toxic RNAs will be studied to understand the mechanisms through which they function to inform the development of molecules with improved activity.  The goal of our research is to use the results from these fundamental studies to identify innovative strategies to reduce or correct the improper pre-mRNA splicing that occurs in the disease state. For example, we have recently shown that small molecules can be used to rescue the mis-splicing in cell and mouse models of myotonic dystrophy.